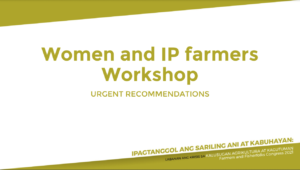 PKKK joined the Rice Watch Action Network in its Farmers-Fishers Congress held on May 14, Friday. The whole-day event was conducted in Zoom. Numerous organizations joined the Congress. Preparations were held a week before on Zoom with the partner organizations all around the nation to discuss the specific issues that each sector faces and the specific calls each sector will make.

The Congress allowed the Farmers-Fishers sector in creating a unity statement, seen below, signed by 97 organizations.

We, Filipino farmers and fisherfolks across sectors have long been suffering from the pains of poverty and hunger and loss of livelihoods, aggravated not just by Covid19 but by years of intergenerational neglect from the government. In the 2018 official census of the government[1], farmers, fisherfolks, individuals and children residing in the rural areas posted the highest poverty incidences.  This is not new as these are the same sectors who also registered with the highest poverty incidences in 2015; and the same trend is true even up to 50 years ago. Age-old problems in the agricultural sector have remained because the diagnosis of the problem and the interventions did not change the unfavorable system to farmers and fisherfolks—mostly addressing the supply in the market while poorly addressing the development of local producers. What should have been a regulated importation of food became a policy of unbridled import liberalization.

The high priests of trade liberalization are always quick to point out that importing food is more economically sound: a worn-out ideology that treats economics as a simple problem of supply and demand and not sensitive to emancipation and sustainable development; a simple remedy of finding what is cheap and what is not. Worse, government decisions have ignored farmers and fisherfolks as large sums or people’s money are allocated to the intelligence fund. Meanwhile, we, farmers and fisherfolks cry desperately, in need of assistance.

The cost of producing food is high because of lack of vision and programs to develop the local agriculture and fisheries sector. Evidently, the current state of production is caused by weak management and conservation of the very resources that sustain agri-fish livelihoods, as if nature or ecosystems services will provide for unending bounty. Meanwhile, agricultural products entering the Philippine ports competing with our local products are highly subsidized by their respective governments. While there are agencies tasked to provide some form of subsidies to farmers and fisherfolks, the programs for the most part are not really addressing our actual needs. In many instances, funds were sadly sucked up by corruption. By continuing to do this, the current administration is virtually putting a death sentence to our local agriculture and fisheries industry.

Farmers and fisherfolks demand a stop to this madness. Nearing the end of another six-year presidential term, the government has not done enough to arrest income losses due to poorly-identified and inappropriate support programs.  The food producers’ interests are not in conflict with the consumers’ interests as the farmers and fishers are consumers themselves. As the producers of food, we minimally reap the benefits of hard work; most of the gains are captured by middlemen, wholesalers and importers, especially those unscrupulous traders, who are to a large extent responsible for the high cost of consumer goods.  This is exacerbated by the failure of the government to provide for the necessary post-harvest infrastructure that will facilitate the transfer of goods from producers to consumers at least cost, and its continued inability to curtail speculation, manipulation and oligopolistic control of local markets.

If we cannot sell the food we produce for profit, many of us will just give up farming and fishing and much of the rural and coastal areas will become an unproductive wilderness where impoverishment and hunger will be a common sight.

A good quality of life, food and nutrition security, and food self-sufficiency should not be treated as separate endeavours.

The impact of changing climate and continued loss of agriculture biodiversity is gravely threatening domestic and global food production. Hence the Philippines should maintain and even improve its capacity to produce its own staple food, without necessarily shunning-away agricultural products from other countries.

Lastly, the current government’s ambiguous stance on foreign incursion in the country’s  exclusive economic zone in the West Philippine Sea threatens the food and livelihood security of its own people and for the generations to come; not to mention the potential vast resource of energy. The area of West Philippine Sea which includes the Julian Felipe Reef that China’s fishing boats have been illegally entering provides a third of the country’s supply of marine fish.  These illegal incursions have also destroyed coral reefs, threatening the delicate balance of marine biodiversity in the area. The government should exhaust all diplomatic means to assert the country’s preeminence in its territorial waters, and protect the Filipino fishers in their own traditional fishing grounds.

Today, after collective discussions among different agriculture and fisheries sectors, including indigenous peoples and women farmers, we collectively demand the urgency for the government to adopt and implement the following:

In support of the foregoing, we affix the names of our organizations below. Done in Quezon City, May 14, 2021. 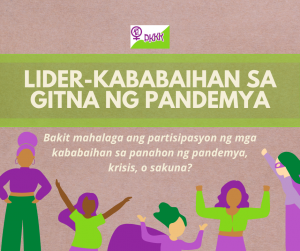 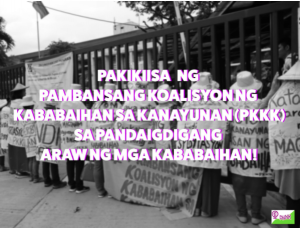 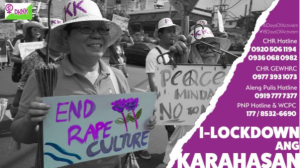 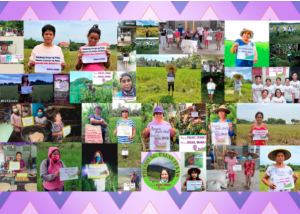 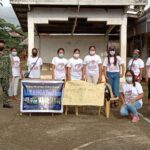 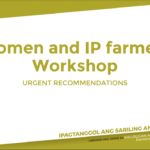 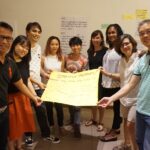