In the late 1990s to early 2000s, rural women consultations were held to seek out the voices of women peasants, fishers, indigenous groups, rural and informal workers. Amidst the issues of agricultural trade liberalization, massive land conversion, threats of extractive industries, environmental destruction, and basically extreme rural poverty, the demand to gather and make their voices heard was strong among the rural women.  The rural women asserted that they have been invisible not only in statistics but also in policies and programs. All these needed be transformed, along with an increased recognition of the various initiatives of rural women as they organize themselves from self-help and socio-economic groups to political and advocacy groups.

In 2001, the Philippine Peasant Institute (PPI) called for a policy discussion on the proposed Rural Women Magna Carta bill, which 8 years after was expanded and passed in Congress as RA 9710 or the Magna Carta of Women (MCW).  What’s important to note from that meeting was the commitment of the participants to push for the recognition of rural women in the law and to support this demand by calling a National Congress that would show the strength of the rural women constituency. Hence, in 2003, the first National Rural Women Congress was convened, with the Philippine Peasant Institute acting as the National Coordinator.

The original Conveners were from:

“The National Rural Women Congress was a response to an urgent need for a consolidated political voice among the rural women that will secure the recognition due to the women farmers, fishers, informal workers, and the indigenous women.  The Congress was considered a venue for building and strengthening a critical mass of rural women. It can facilitate articulation and popularization of rural women issues and in the process help rural women in redefining a modern rural economy; one that recognizes their contribution and at the same time, integrates their needs.  Further it was argued that in a time that governance is in a deregulated and liberalized phase, the only advantage for marginalized groups is for these to have a strong organization.” (Daryl Leyesa, PPI Rural Women Center Coordinator, 2003)

The Congresses were held often around the time of the observation of the International Rural Women’s Day, October 15.  The themes for each Congress reflect the pressing demand and issues of the times. The Congress served as venue for building consensus on the Rural Women Agenda, debate and discuss advocacy strategies and institutional strengthening, and elect new set of officers. 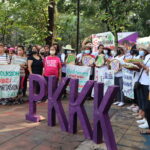 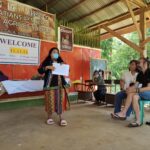